On October 24, 2016, tragedy struck the Ghost Getters again, when three more of our members disappeared during an investigation at ColdTowne Theater in Austin, Texas.

We mourn the loss of the following Ghost Getters. 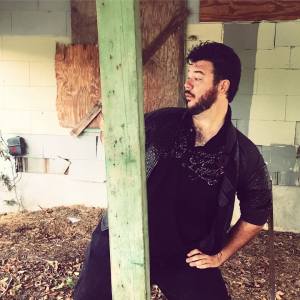 Chet Veritas spent most of his life believing in two things: good buds and good brew. Then he had a run-in with the supernatural that changed his life. He believed in three things: those other two things… and ghosts. He was relentless and it was his goal to capture a ghost on camera, in accordance with his bro code of honor, “pics or it didn’t happen”.

In Chet’s tireless research, he discovered and coined some key theoretical phrases: “Ghosts are a gift, man. That’s why they call them a presence.” “Things are, like, totally happening all the time.” “If it’s not real, it’s pretty frickin’ close.”

We’ll miss you buddy. Pics or your disappearance didn’t happen – just kidding- you are gone. 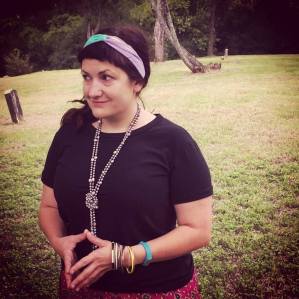 Becca Anne came from a long line of gifted Southern psychics and bakers. She would have wowed you with her uncanny ability to see what cannot be seen, hear what cannot be heard and know thing you don’t want anyone to know, and also for her apple crumble.

She was a well known psychic on the Disney cruise line circuit for over fifteen years, when Jax and the gang met her on a mandatory fun team bonding “Ghost Getters Get Away”. They took home a stomach flu and a psychic.

We’ll miss you buddy. Too bad you didn’t see your disappearance coming. 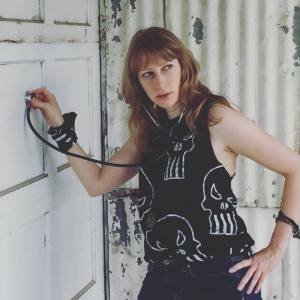 Lyzzzie never believed in the paranormal until she read Bruce Coville’s Book of Ghosts: Tales to Haunt You. Shortly thereafter, her beliefs were confirmed when she saw Bloody Mary in the mirror at a sorority party. When NYU refused to let her have a minor in paranormal media capture, she knew she’d have to strike out on her own.
With her newfound purpose of proving that ghosts were among us, she trained herself  to turn on a digital camcorder- her medium of choice was analog because ghosts couldn’t resist that rich sound quality. She now spends hours upon hours creating gadgets and gidgets that get us one step closer to the seventh dimension… that would have most likely been coveted by NASA or some other government organization.
We’ll miss you buddy. We hope they abyss has gizmos you can tinker with.

WHICH GHOST GETTER ARE YOU?!